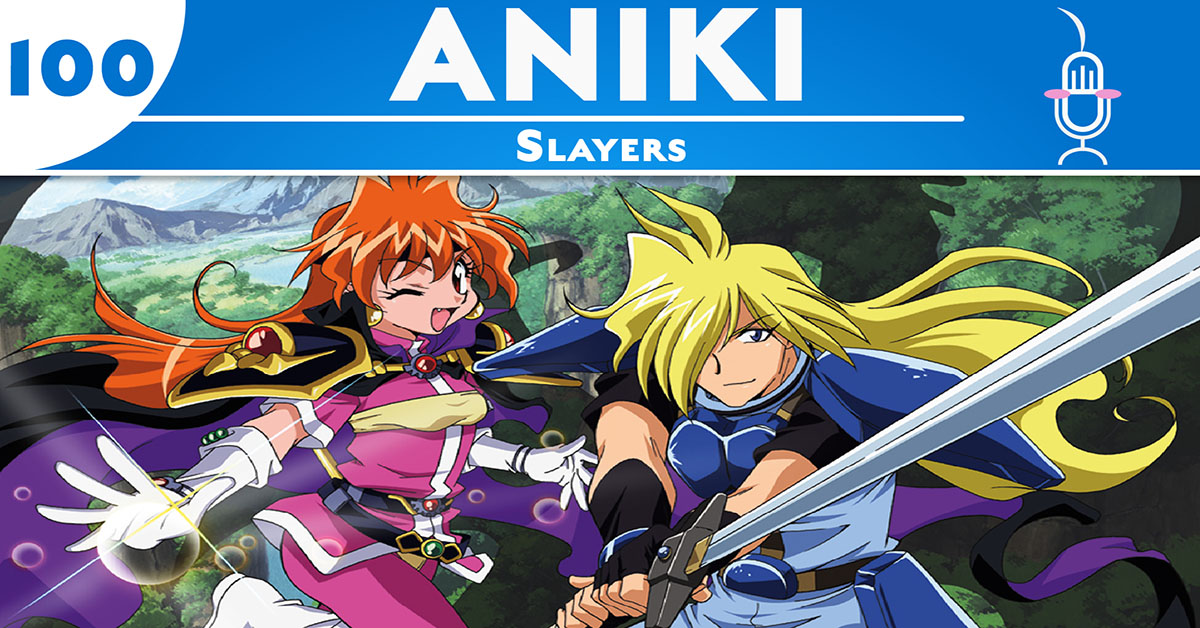 We did it internet! Aniki has reached 100 episodes! And to celebrate our age, the brothers watch the (arguably) progenitor of all anime: Slayers. Following the incredibly talented sorceress Lina Inverse and her traveling swordsman companion Gourry, this early 90s anime takes its audience on a hilarious romp through a Dungeons and Dragons fever dream. It not only became an icon in its own right within anime history, but has inspired an entire generation of anime and manga creators who are now making the shows you know and love airing today. Also featuring: Aniki’s top episodes of all time.

Like Aniki? Please leave us a review on iTunes so more people can be exposed to our nonsense.

Our Most Popular Episodes

Nadir of Pain (Made in Abyss)

Tit for Tet (No Game No Life)

Megumi Hayashibara (blessed be her name and voice)

Jessie (Pokemon) as all of Megumi Hayashibara’s roles