05: The Truth of Classics Club and Its Dark Knights 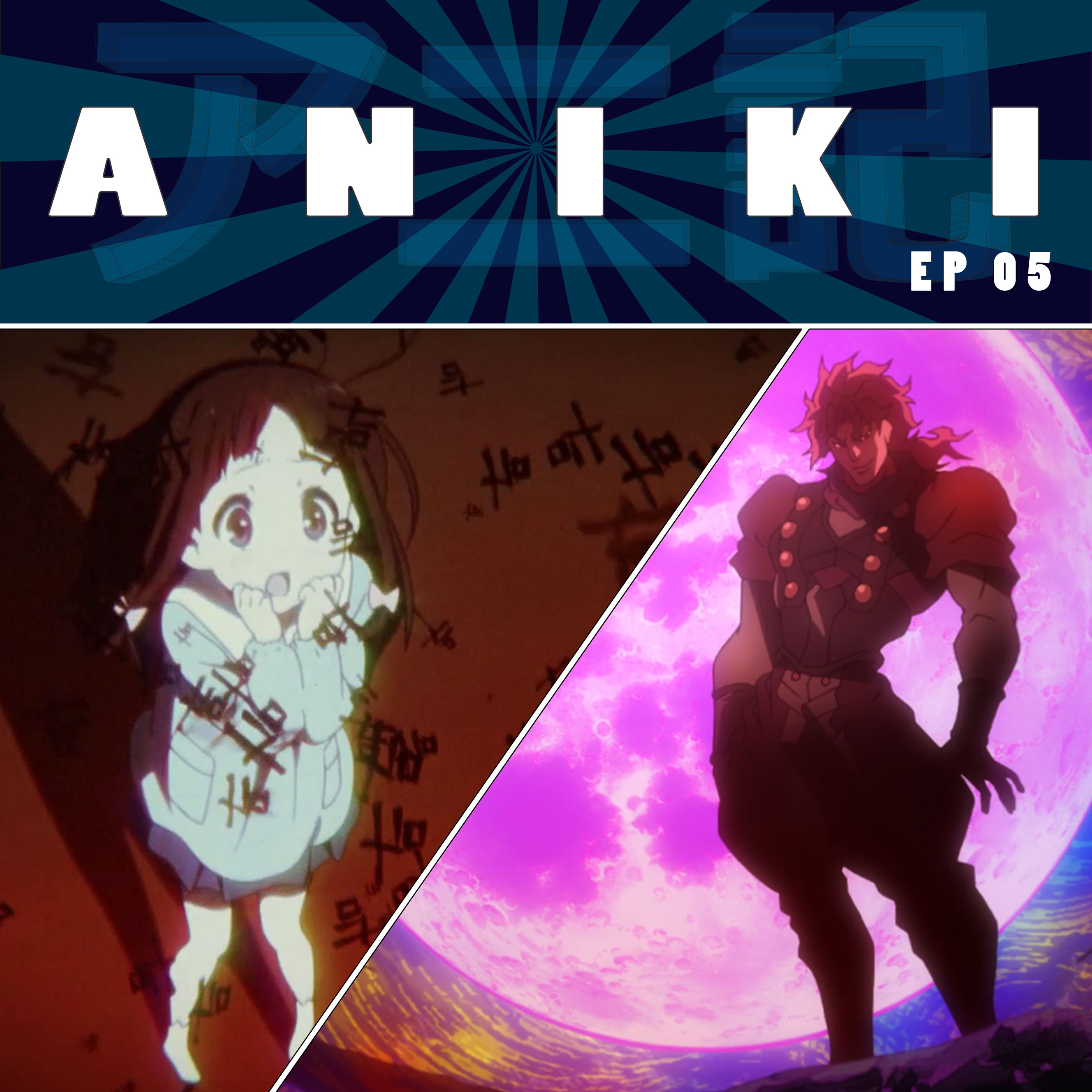 This week on Aniki: The truth of all things Sekitani Jun is revealed to Oreki and the rest of the Scooby Gang. Meanwhile, Jojo meets some historical figures and Dio shows off some neat party tricks!

You can follow along with us. Jojo’s Bizarre Adventure can be found on Crunchy Roll. Hyouka can be found on YouTube and other unofficial sources. Please consider leaving a review on iTunes and sharing the podcast with your friends. More info can be found at Aniki.fm.

Where in the world is Oreki’s sister this week? Sarajevo

犠牲 (gisei): Victim / sacrifice / scapegoat. Connotation being that it is of the subject’s own volition.

生け贄 (ikenie): Sacrifice / scapegoat. Connotation that the action was forced upon the subject.

Ms Librarian: 糸魚川 養子 (Itoigawa Youko): The “You” means “to bring up” and is an uncommon spelling. It’s usually 陽 “sun, sunlight” or 洋 “ocean” all pronounced “You” (long “oh” sound)

Mono no Aware, the passing away of things

Bruford and Tarkus are not actually real knights, but Bruford is named after Bill Bruford, the drummer for Yes. Tarukus is named after the album Tarkus, by the band Emerson, Lake & Palmer.